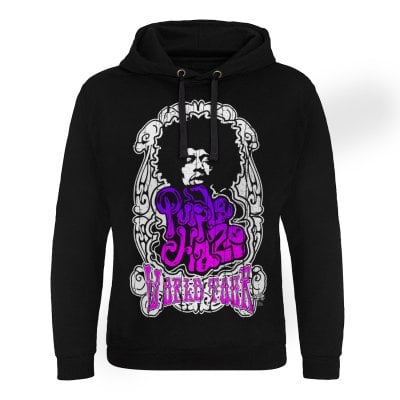 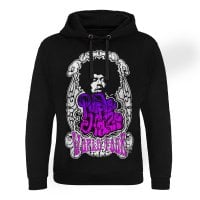 A really nice shirt with motifs from the American guitar guru Jimi Hendrix. Jimi Hendrix was born in Seattle in 1942 but died in the autumn of 1970. During his last years, Jimi Hendrix suffered from sleep problems and heavy drug abuse. Intensive touring had also made him very tired.

The explanation given to his young death was that he was suffocated by vomiting in his sleep, but many people want to believe otherwise is behind his death. It has been conspired in everything from murder to accident.

What you know in any case is that Jimi Hendrix had a very heavy time in the last few years.

Jimi Hendrix has lived on after his own death and is today an icon for the whole rock but above all for the psychedelic rock.

This stylish shirt has a large motif that is classic Jimi Hendrix style where inspiration has been taken from the 70's hippie culture with the screaming colors in a smoky pattern.

Purple Haze is a classic song that is considered one of Jimi Hendrix's foremost.