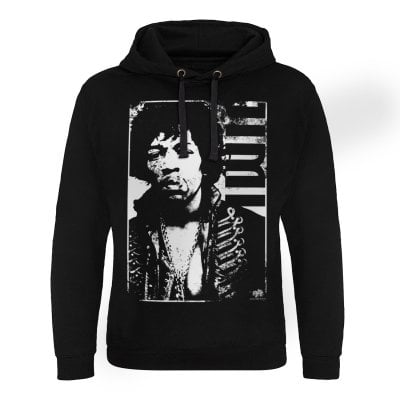 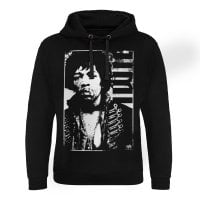 A really nice hoodie with a big motif by Jimi Hendrix printed all over the front.

The hoodie has no kangaroo pocket that many hoodies usually have, which means that you have been able to print much larger part of the front than you normally can with hoodies.

Jimi Hendrix was born on November 27, 1942 in Seattle, named Johnny Allen Hendrix. Jimi Hendrix came to be an American guitarist, singer and songwriter that we today see as one of the most iconic rock musicians ever.

Unfortunately, Jimi Hendrix died in London in 1970 and as a 27-year-old he became one of all famous figures in the 27 club.