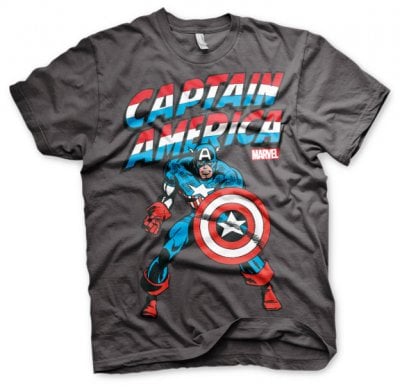 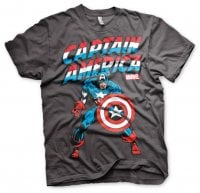 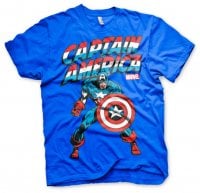 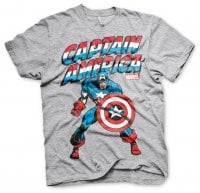 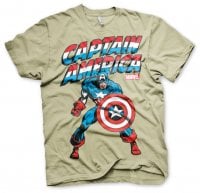 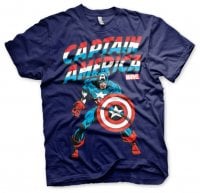 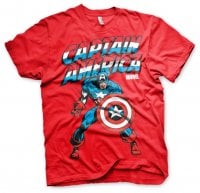 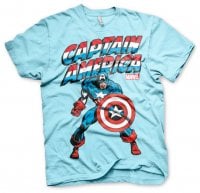 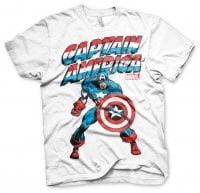 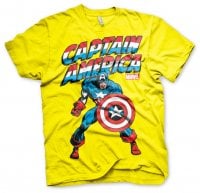 A T-shirt with a classic old school version of Captain America printed in large motif over the front of the T-shirt. Captain America and the cartoon character go in the colors of the American flag just like in the newspapers.

This version of Captain America is found in the old versions of the comic books.

Captain America is a superhero from Marvel Comics that was created during the Second World War where even the superhero's history begins. The patriotic and brave American Steven "Steve" Rodgers wanted to fight the Nazis in the war and was desperate to enlist US Army.

Unfortunately, he was considered by the military to be an answer and sick, which gave him the stamp of "not serviceable".

Steve Rodgers was accidentally taken to participate in an experiment called "Operation Rebirth". The purpose of the experiment was to create super soldiers who could fight the evil Nazis.

Steve Rodgers was a successful result that got superpower in form speed (running 40km / h), super strength (lifting 340kg), self-healing and other abilities that make him difficult to stop.

The new Steve Rodgers is then nicknamed Captain America.