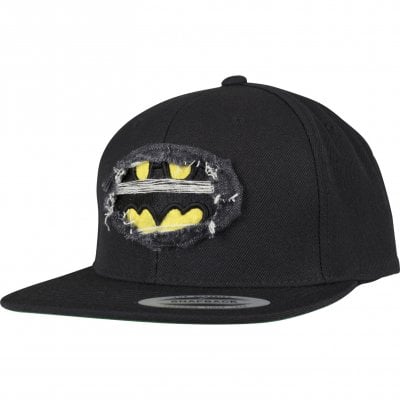 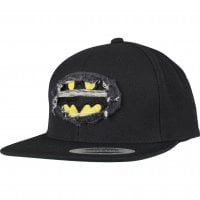 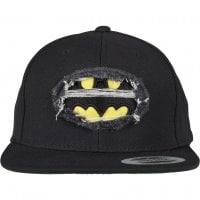 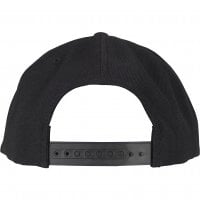 A really nice snapback cap with an embroidered Batman logo. The logo has then been circled by worn threads that give the whole logo a cheeky worn look.

It makes it look like the cap's black fabric is worn up and behind the fabric, Batman's yellow / black seal is lit.

Batman along with Superman is considered the publisher's DC Comics big name. But they are surrounded by other great heroes such as Wonder Woman, Green Lantern, The Flash, Aquaman and Cyborg just to name a few.

What distinguishes Batman from many of the other heroes is that Batman has no direct superpowers. He is an ordinary mortal man who, after his parents' murder, decided to fight crime.

He is the patron of the inhabitants of the fictional city of Gottham City, which is lucky when the city is teeming with super-villains. Some of all the villains who choose Batman's city as their target are Joker, Two-Face, Catwoman, Penguin.