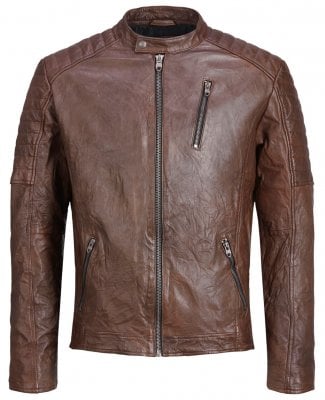 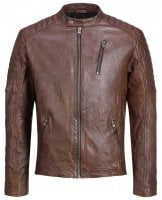 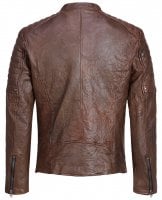 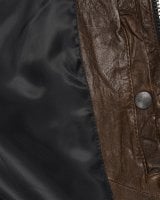 An iconic garment with a rebel feel. Leather skins have been worn since the Stone Age even though one can say that the design and model have varied somewhat between all the centuries.

During the 20's, the leather jacket was getting a more cult status and became more and more accepted through film products from Hollywood that used the jackets on the kids' idols.

The leather jacket has had several peaks since then and many times it has been that leather jackets have been involved in films that have started the sale.

This brown leather jacket has been inspired by the classic biker jackets. The jacket has two side pockets as well as a slanted chest pocket which are all closed with a drawstring.

On the inside, the leather jacket is covered in fabric and an inner pocket that is closed with a button.