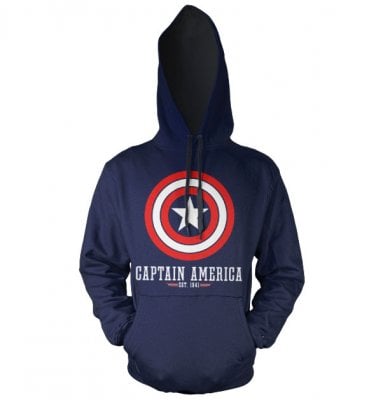 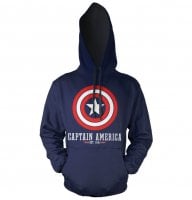 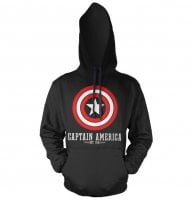 A soft and lovely pullover hoodie from Marvel Comics.

On the chest, hoodie has a big logo from Marvel's own captain - Captain America.

Captain America is actually called Steve Rodgers and the cartoon character was created during the Second World War where even the character's life in the series begins. Steve Rodgers is an American who doesn't want to do the job and fight Nazis in the war.

However, Steve is considered to be small and sick, which gives him the grade "Not serviceable".

Steve Rodgers is accidentally involved in an experiment aimed at creating super soldiers and the US military. The experiment with Steve Rodgers is successful and he develops abilities such as extreme speed, strength and durability.

With the new abilities, he helps the Allies fight the Nazis' biggest threat - "Hydra" and its leader Red Skull.