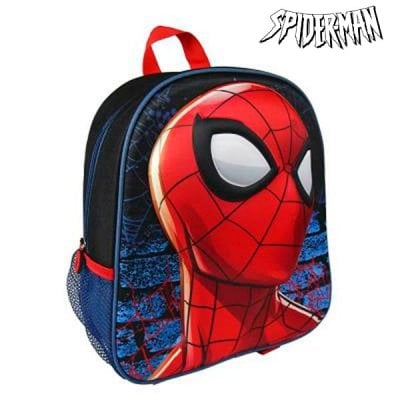 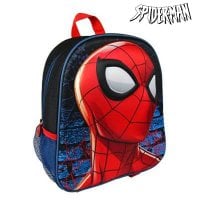 A naughty school backpack from Spiderman with the world-famous superhero printed in large profile picture.

The front of the backpack is made of a material that causes the face to protrude from the bag itself and create a 3D effect.

Spiderman is actually called Peter Parker and Peter gets his super powers after he is bitten by a radioactive spider at a lecture / study visit with the school. The forces of Peter get superhuman and resemble the different abilities possessed by spiders.

He has a superhuman strength, agility, resilience and ability to react. With inspiration from the spider, Peter Parker creates his red / blue costume and a device that enables him to send off a net-like topcoat. With this network, Peter swings around like the Spider Man on the streets of New York and fights crime.