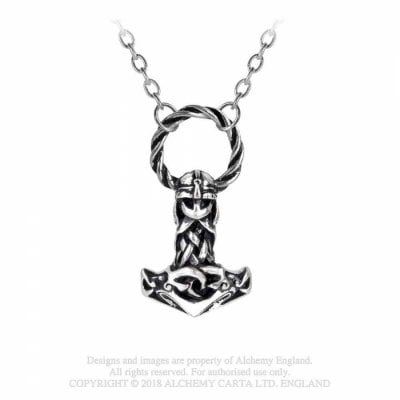 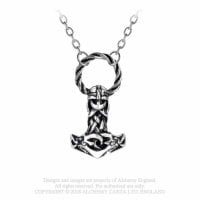 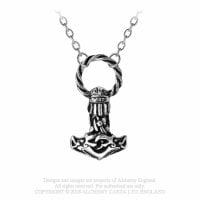 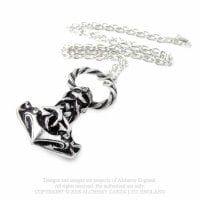 Mjölner is the name of the hammer known as Torshammare, and is the hammer which, according to Asatron, was buried by Asaguden Tor.

The hammer was thrown by the two dwarves Sindre and Brook after they struck off with the fragile and crazy asaguard Loke. Loke had wiped herself and cut off the hair of Asaguden Tors wife and was now being punished by the gods. The two brothers Sinde and Brook deal with Loke where the two parties give a gift to each of the three great gods. If the gods choose the three gifts of the brothers, then the brothers will have Lok's head.

The brothers win the womb, and Tor gets the hammer, but the brothers will be baseballed by Loke. The matter only concerned his head and not his throat, so Loke says that his neck should not be hurt. However, the dwarfs get a little revenge on Loke as they sew his mouth again, which is part of his head after all.

The chain is nickel free.