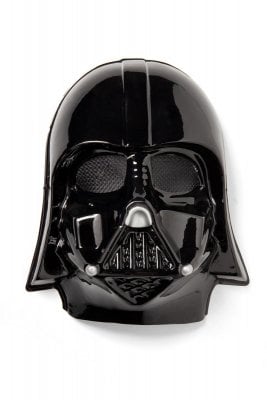 Darth Vader is a character from the movie series about Star Wars and perhaps one of the most iconic characters throughout the film series. What characterizes him above all is his black suit with the black mask that helps him breathe.

Darth Vader is named Anakin Skywalker from the beginning and is a promising Jedi knight who is trained as an apprentice under the Jedi Knight Obi-Wan Kenobi. Anakin is impatient, sensitive to criticism and always felt opposed by the Jedi Council.

Anakin, over time, was slammed and converted to the dark side and became a Sithlord for Emperor Palpatine / Darth Sidious. Of the same man he was then named Darth Vader.

Star War is an American series created by George Lucas. The film series consists of three trilogies and an independent numberogy series.