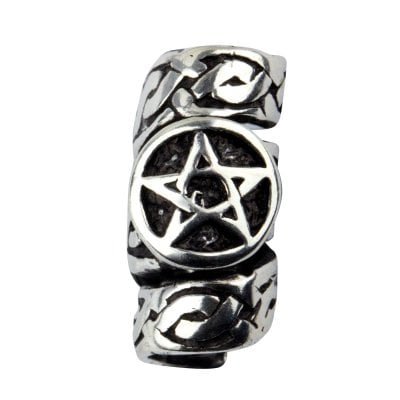 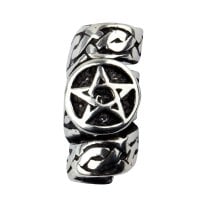 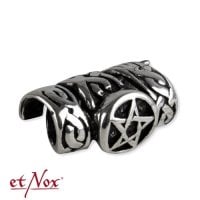 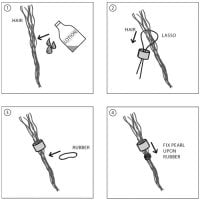 A cheeky beard piece which, unlike most other beard jewelery, does not have a northerly connection in its pattern and motif. Here we find instead a pentagram engraved in the twisted beard pearl.

Both pentagram and pentacle are magic symbols.

If you turn the star up and down so the tip points downwards, it is considered to be a satanic symbol and the symbol is used by the satantist movement "Church of Satan".